When using Gnome Shell with HiDPI monitors, even with display scaling some apps do not scale with the rest of the UI. One app I had trouble with is the Spotify desktop client, which I know is an Electron app wrapping the web UI.

While searching for solutions I came across one option to add a CLI flag to the Electron launcher:

On Gnome/Ubuntu, applications launched from the Activities panel (see below) are all defined somewhere in a .desktop file. 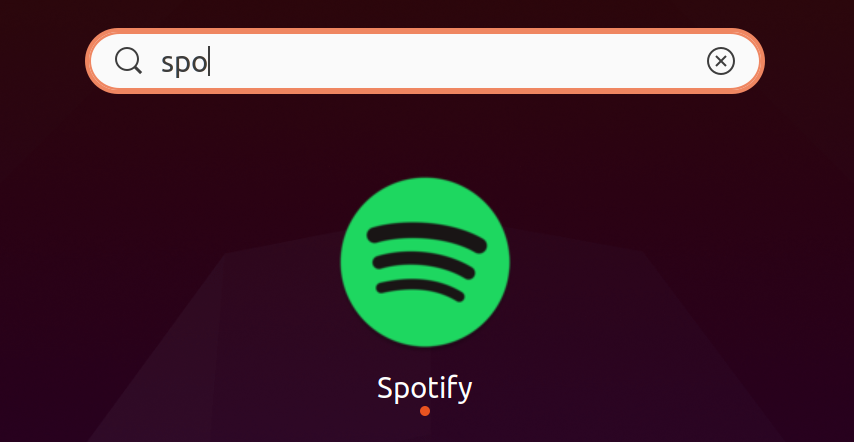 I tried searching for Spotify in the usual places where .desktop files are stored on Ubuntu, namely:

However, none of those places contained a .desktop file with the word ‘spotify’ in the filename. I decided to see where the Spotify application was installed, so I ran the following command:

Aha! It’s not a regular application, it was installed as a Snap. Reading the documentation for Snap installs, it tells us that .desktop files will be copied to the directory /var/lib/snapd/desktop/applications/ on install. Let’s try it:

And we’ve found it! Edit the file /var/lib/snapd/desktop/applications/spotify_spotify.desktop in your favorite text editor (using sudo/gksudo). In my case, I changed the following line:

Restart Spotify and the UI is now scaled 200%, like the rest of my UI.